We purchased an old apartment on Fifth Avenue a few years ago, and we stated decorating it from day one. We removed almost any item we could find in it, except the bathtub! Many of us may think that is rather disgusting, but that ancient cast iron bathtub is really fascinating and can easily be restored. Only imagine: an old cast iron bathroom filled with rust and dirt, but after restoration the tub looked amazing until a few months ago when it started to catch rust. As a matter of fact, even the porcelain sink started to catch some brownish stain that look like rust. 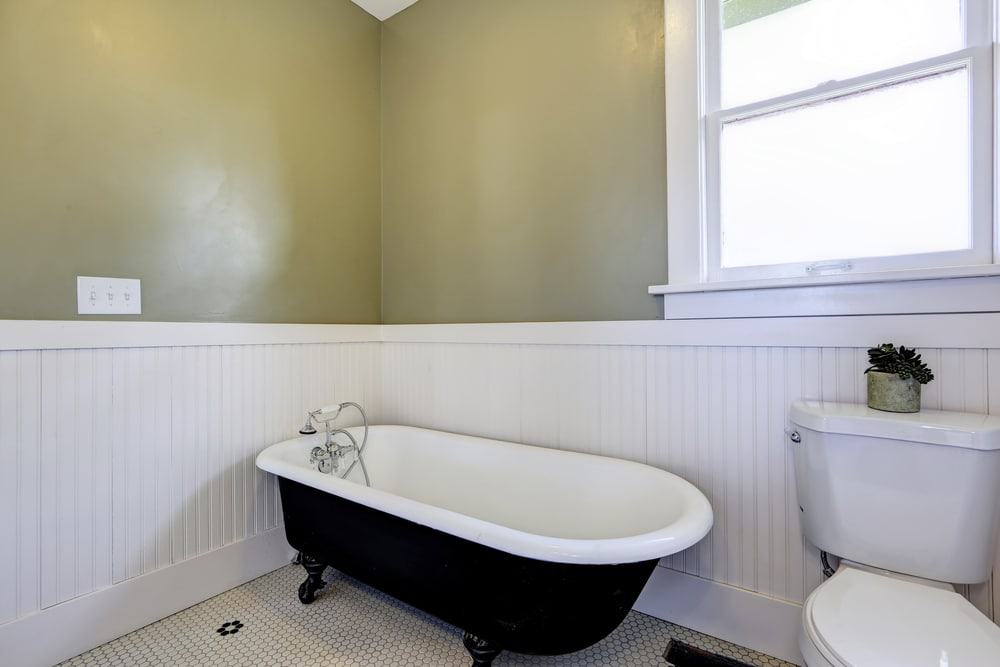 Rust in the bathroom is usually the result of two related situations. Either iron-containing metals in your bathroom fixtures have begun to rust OR your mineral-rich water supply contains iron particles and has begun to stain areas where water runs. This happens even with porcelain bathroom fixtures.

So, we decided to kill the rust sitting on my awesome bathtub without using harsh chemicals. There are a lot of rust removers on the market, but I prefer to stay away from them. It’s enough that I live in a high pollution area and Captain Planet can’t save us anymore. In order to prevent pollution and to keep my family safe from harmful chemicals, I often choose green cleaning. If so, you’ll be pleased to know that rust can be removed from a cast iron bathtub with a few basic household tools and a little bit of elbow grease.

First thing first: saturate the tub and the sponge with white vinegar. It’s better if you pour vinegar directly onto the sponge while holding over the rusted stain. You can also sprinkle white vinegar over the bathtub surface. Let the vinegar sit for 5 minutes. During this time the stains will lift from the surface.

The next step is to sprinkle baking soda on the sponge and all over the tub. Now it will cause a foaming reaction that will remove mineral and deposits which furthermore will be easier removed with the sponge.

Tip: for though stains you can scrub with a brush.

The final step is to rinse the entire bathtub with warm water. As you run the water, continue scrubbing the rusted area with the brush to remove all the grime and rust leftovers. If there are stubborn stains left, you can repeat the process.

The most important thing after this process is to dry out the tub. This way you’ll prevent rust appearance. 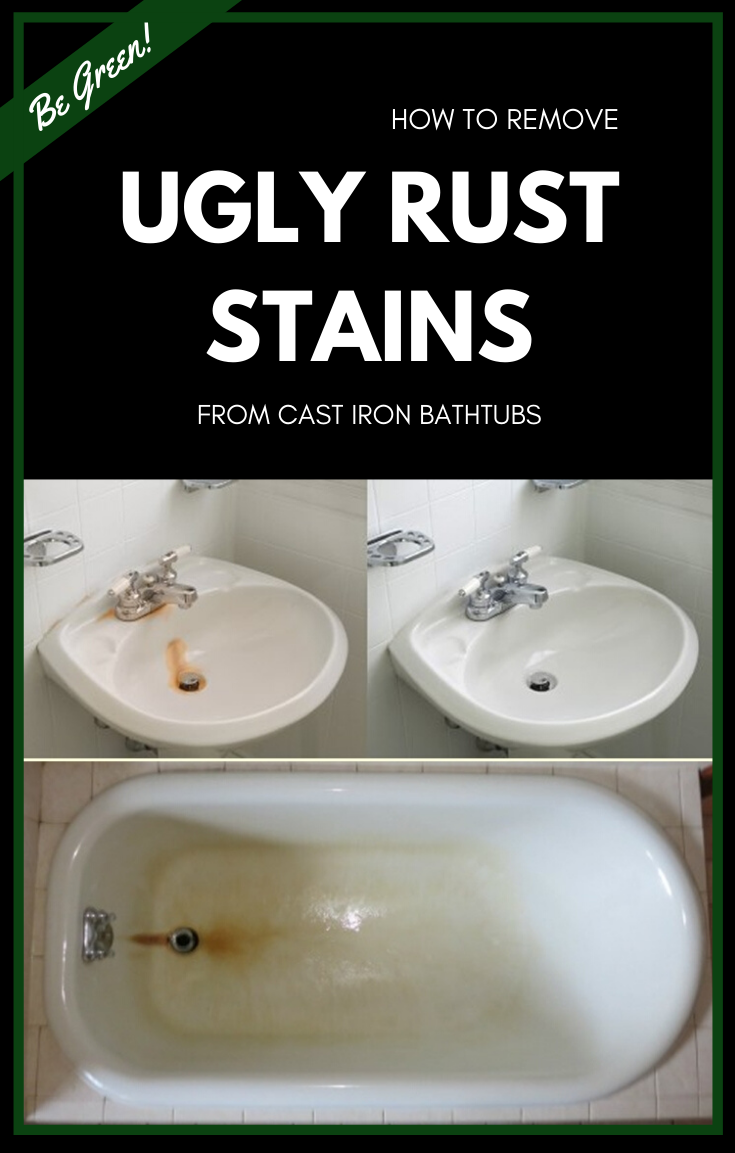